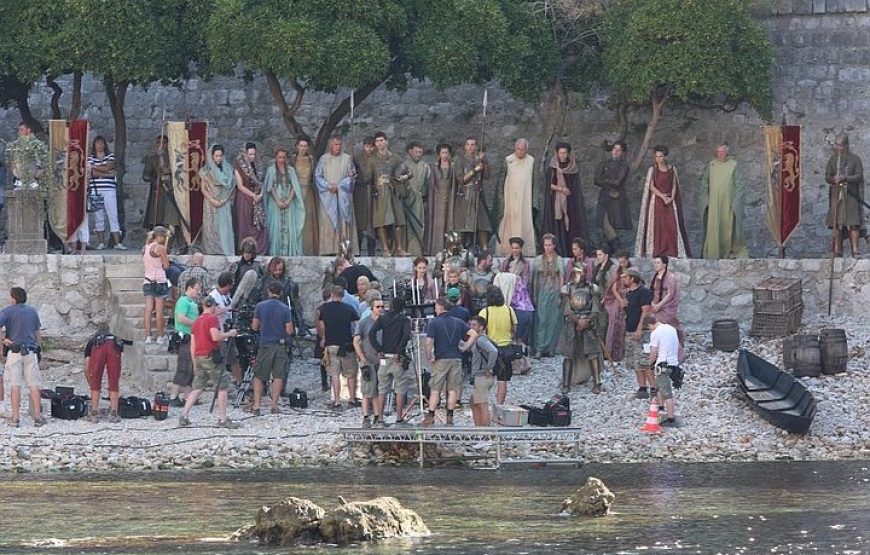 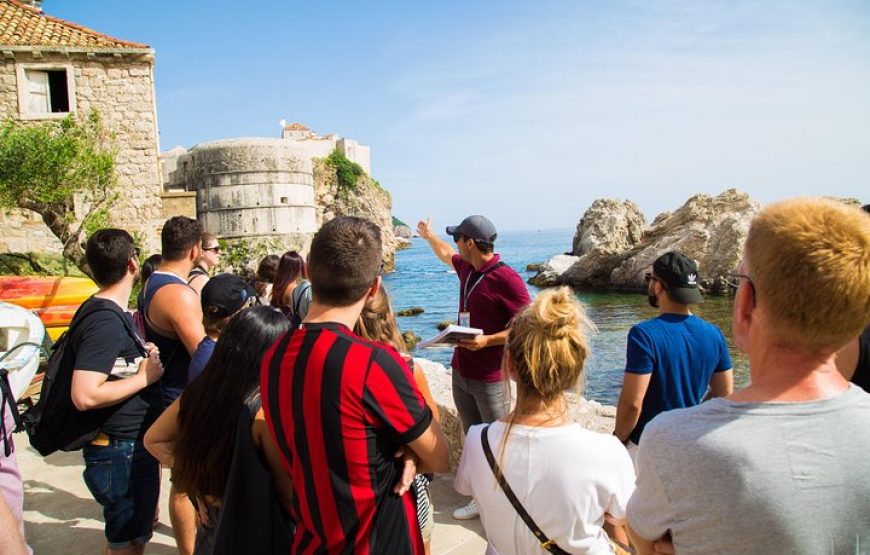 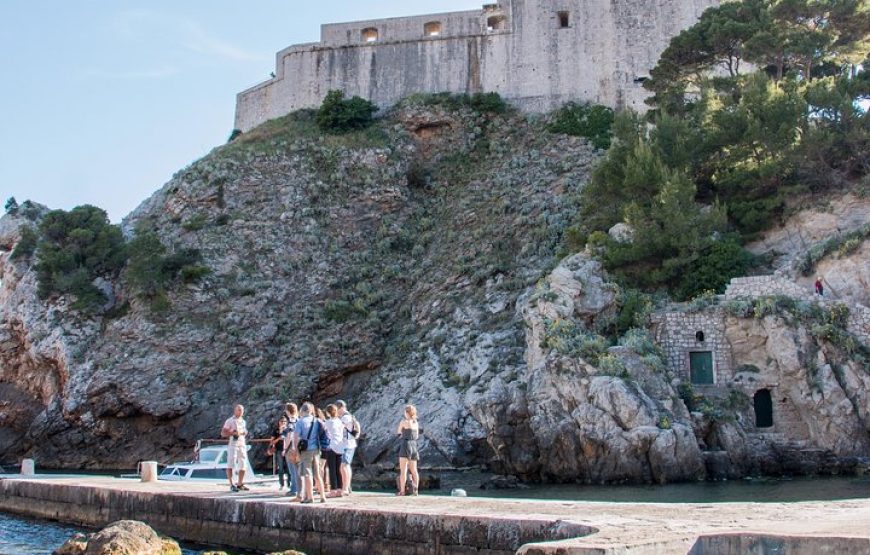 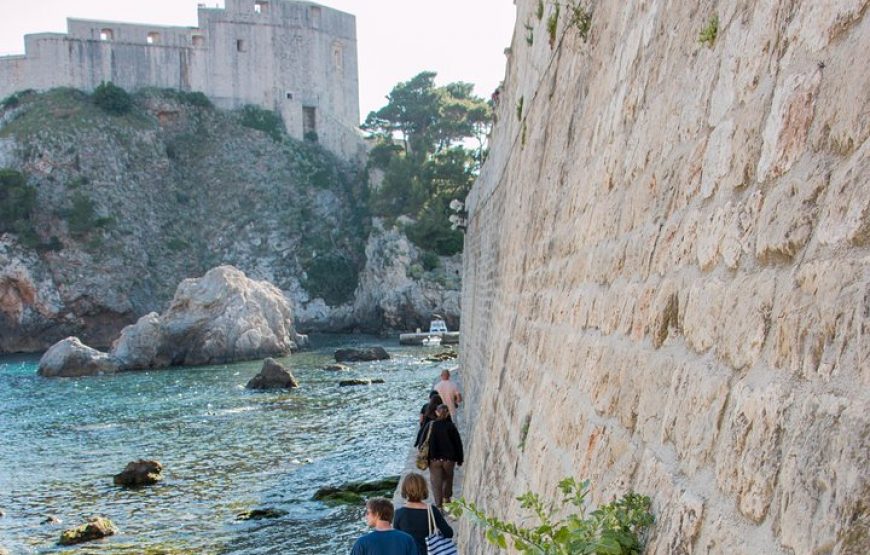 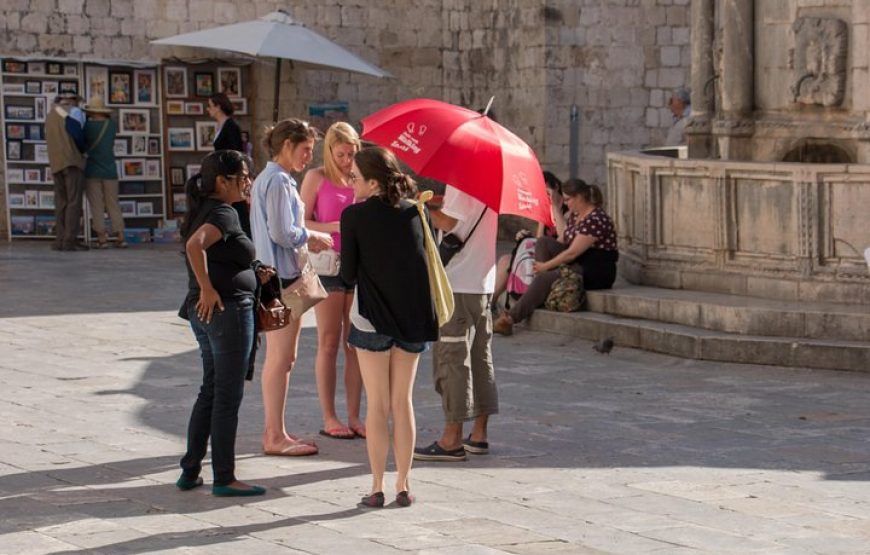 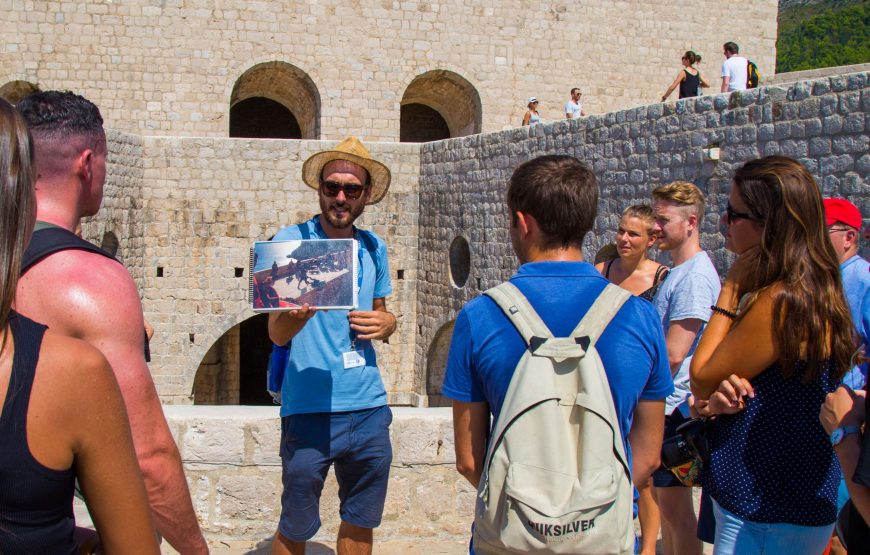 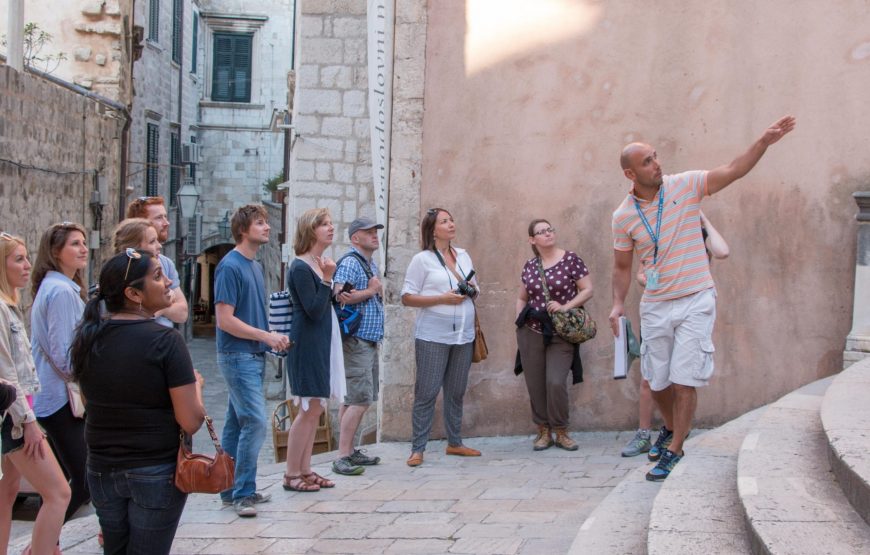 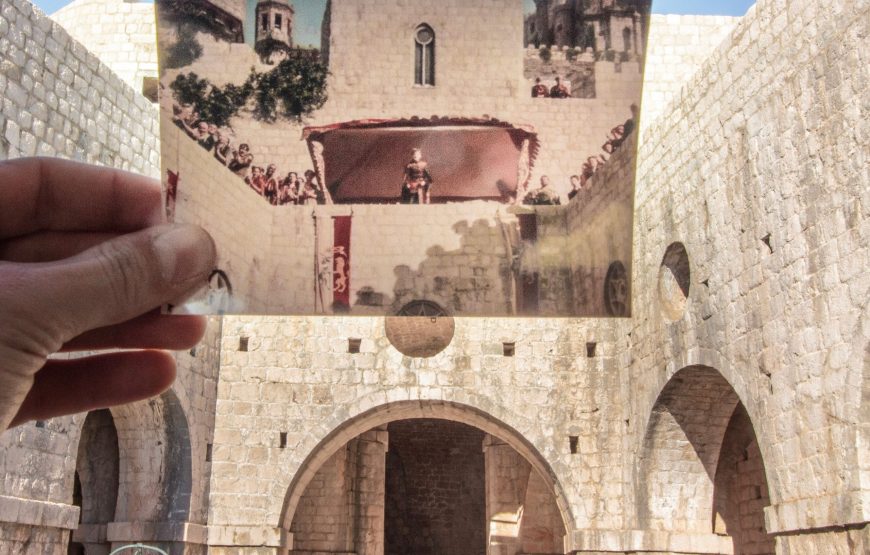 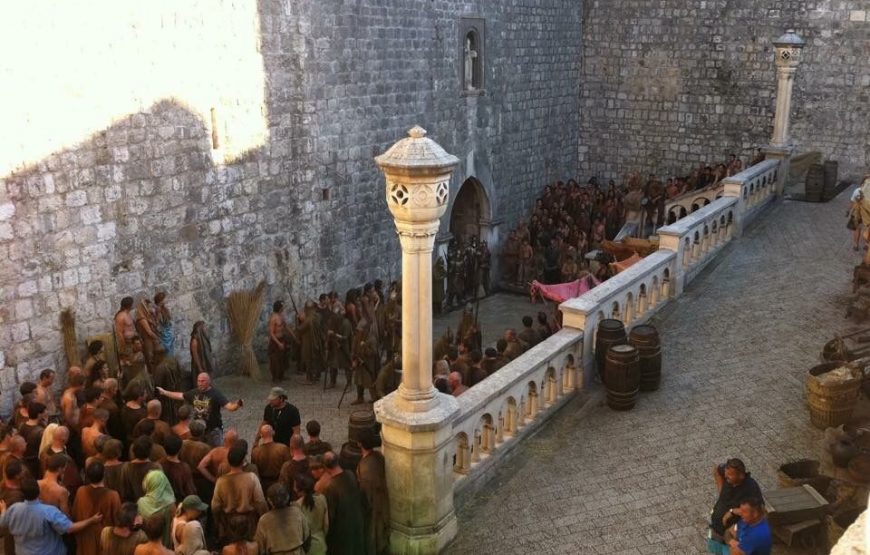 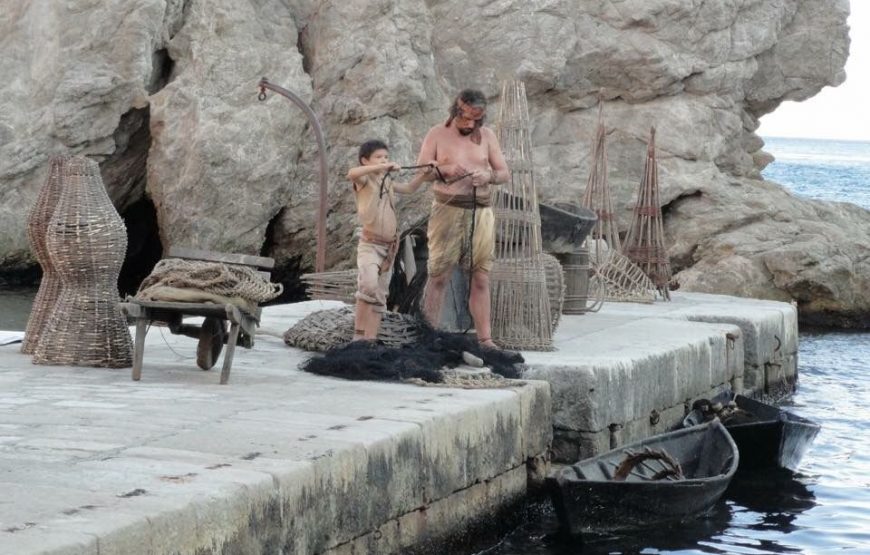 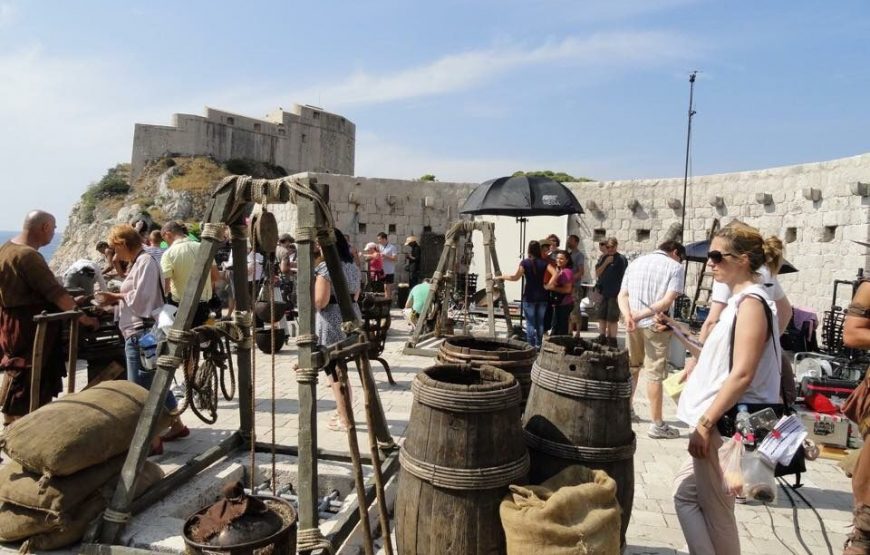 When the US production company behind the Game of Thrones series picked Dubrovnik as the setting for the capital city of Westeros, King’s Landing, they could not have chosen better.

The Old Town is so striking that it seems to have leaped directly from the pages of George R. R Martin’s addictive series of novels and it is no coincidence that Dubrovnik was also a capital city in its own right – of the now extinct Republic of Ragusa.

On the GOT guided walking tour, you will be taken through all the parts of Dubrovnik Old Town where some of the most memorable scenes from the ongoing cultural phenomenon were filmed, including The Pile Gate where King Joffrey was faced with a citizens’ riot and pelted with dung, the Lovrijenac fort (menacing Red Keep), and the place where the unsuccessful attack on King’s Landing – the Battle of Blackwater – took place.

The seemingly endless fortified walls will be seen from Lovrijenac fort where Tyrion Lannister and Varys took a stroll, with Tyrion uttering the immortal words: ”Where is the god of tits and wine” and the views of the location of the shocking Purple Wedding that set in motion so many plot twists. Jesuit Stairs is the place of the infamous Walk of Shame where you will almost certainly hear someone yelling “Shame” when you get there. The only thing missing would be scandalously naked queen Cersei.

All Dubrovnik Game of Thrones filming locations, including ones from the final 8th season, are accompanied by commentary from a local guide with detailed scene descriptions and actual stills, and images of scenes from the exact episodes they made an appearance on.

Throughout the tour, you can also hear fascinating stories of Dubrovnik history and interesting tidbits and gossip from behind the scenes about sets and actors as some of our guides were Game of Thrones extras, stand-ins, and members of the production crew.

No do-it-yourself self-tour of the GOT locations can beat hearing insider stories and hilarious first-hand anecdotes from the people that worked on the show.

Have a blast recollecting the best moments of the show and take home some unique memories with you! If you have watched the series and you are passionate about GOT, this is a perfect thing to do while visiting Dubrovnik.

Our Game of Thrones tour starts next to the Large Onofrio's Fountain inside the Old Town where you will meet our representative holding a red umbrella with Dubrovnik Walking Tours sign. After the group assembles our guide will introduce him/herself and off we go on a 2-hour adventure visiting places from our favorite TV show.

From the meeting point we start our walk towards the West entrance to the Old Town; Pile Gate. Here we will look at some of the scenes from Season 2 & 3. Namely, scenes when the royal procession including King Joffrey is subjected to the jeers of the starving crowds. Joffrey ordering his outnumbered personal guard to execute the entire crowd, sparking off a city riot and the return of Jaime Lannister to the city with Brienne of Tarth. No one from the crowd recognizes Jaime while he slips into the city incognito.

The path leading under the Pile Gate drawbridge gets you to the docks of King’s Landing. Visit the beach where the royal entourage including King Joffrey, Queen Cersei Lannister, Tyrion, and Sansa Stark are at the docks seeing off Princess Myrcella to Dorne, where the Gold Cloaks were ordered to kill all of King Robert Baratheon’s bastards or where Tyrion goes to the city walls (Fort Bokar) with Lord Varys to discuss strategy to win the battle of Blackwater Bay.

On the way to the steep staircase to the Red Keep, we stop at one of the piers of Dubrovnik western bay. This location doubles for some of the Blackwater Bay and the wildfire scenes in the show. Also, it was used for shots of Sansa and Shae when they were talking on the pier about ships and places ahead before Petyr Baelish (Littlefinger) shows up to tell Sansa how he’s planning to get her out of King’s Landing and back to her family.

Fort Lovrijenac doubles as the Red Keep; a castle that overlooks the Blackwater Bay on in King’s Landing, the capital of the Seven Kingdoms. It contains the Great Hall, a massive throne room where the Iron Throne is situated and is the home of the King or Queen. Dubrovnik’s monumental fortress St. Lawrence (Lovrijenac) was used as a set for filming multiple scenes depicting quarters and exterior of the Red Keep including the Purple Wedding, tourney on King Joffrey’s name day, etc.

Following the descend ack to Old Town the tour takes you through the streets of King’s Landing where Rebellion versus Joffrey took place after he ordered his personal guard to execute the entire crowd. Find the location of scenes following the events of the Purple wedding, with Sansa fleeing to a ship off the coast, Jamie’s return to King’s Landing after his imprisonment, scenes of Littlefinger’s brothel and place where Tyrion speaks with Prince Oberyn Martell, the Red Viper of Dorne who came to seek revenge.

We come to the place of the infamous Walk Of Shame; which is the highlight of every Game of Thrones walking tour. In Westeros, it is a public ritual of punishment and penance in the Faith of the Seven. A confessed sinner walks a certain distance stripped of all clothing, exposed to the eyes and mockery of the population. After a time imprisoned, Queen Cersei confesses to having committed adultery. As she walks naked, she is accompanied by a Septa, repeatedly crying out “Shame!” and ringing a bell to attract people’s attention. The best photo opportunity. 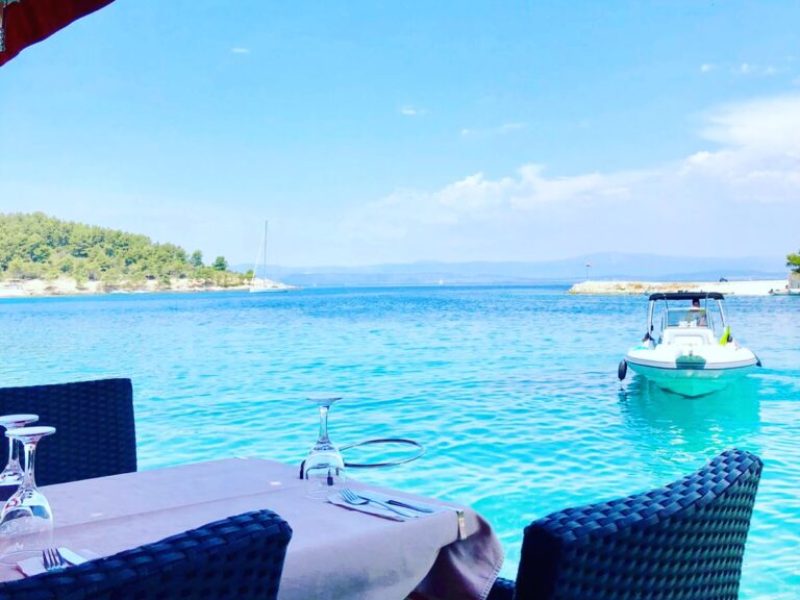 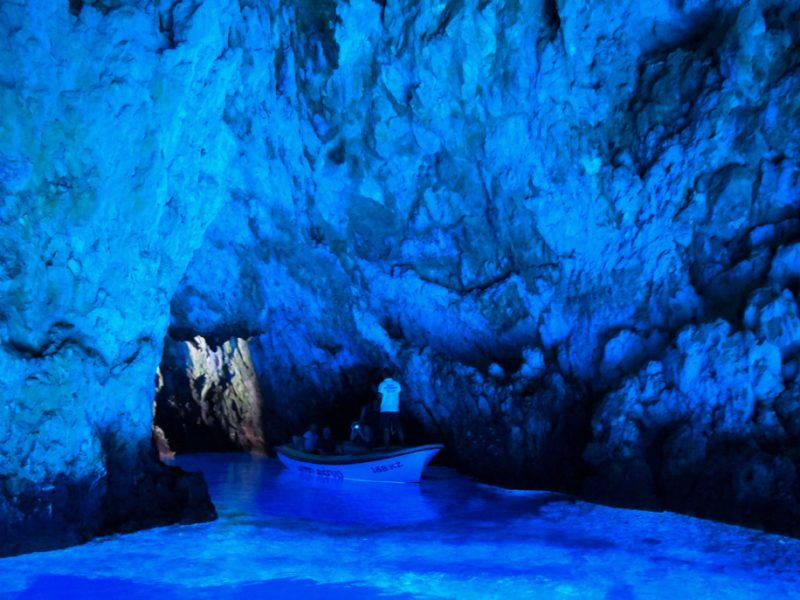 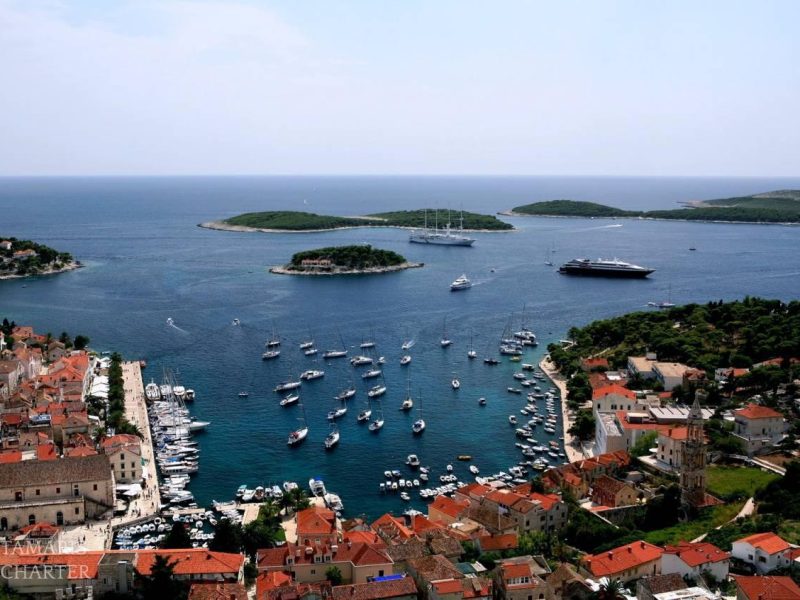 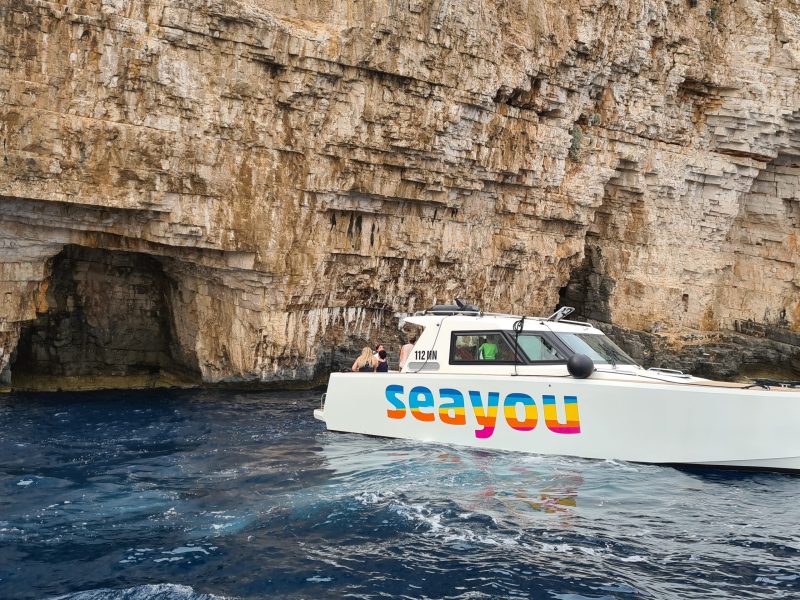